Peridot – A Season of One Act Plays 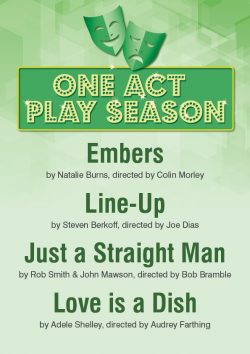 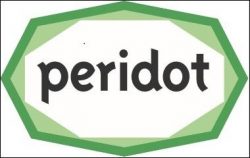 “Line-Up” by Steven Berkoff directed by Joe Dias
(Audition only by appointment and will be conducted via zoom please contact Joe Dias )
Audition Date: January 30th
Email : joe.dias.actor@gmail.com
Please note that bookings for an appointment to audition have now closed.

Synopsis: Two men in a concentration camp await their fate
** Please be advised that this production contains language which might offend but is relevant to the dramatic subject matter of the play
By arrangement with Origin Theatrical on behalf of Samuel French. A Concord Theatrical Company.

Synopsis: A passionate chef tantalises her insatiable lover with hot and spicy dishes, but as the night wears on, who has the most unquenchable desire?
By arrangement with the playwright Adele Shelley.

Synopsis: Smoke had been looming on the horizon for days, an orange haze glowing in the distance. Pine Ridge had hoped and prayed that the fires would spare their town. Nowra Cobargo is returning home after years away, to report on the impending bushfires. Upon arrival she encounters old friends, strained family relationships and a firestorm no one saw coming.
By arrangement with Maverick Musicals

Synopsis: Trevor and Barney are preparing for another performance at the Riviera Club. A hit comedy act, the duo are not the closest of friends that you would expect them to be. The conversation leads to dark secrets being exposed with a giant twist that you won’t see coming.
By arrangement with Play on Words Pty Ltd .Box 211 Ararat Victoria 3377

Line - up - The characters in this play must not be of fair appearance and instead have a dark, Mediterranean look about them.
Just a Straight Man - Trevor is to be cast as older than the character of Barney.
Love is a Dish - require good comic timing.
Embers- 4F early 20's to 30
1F - 18 - 20 yrs
1F- 55- 60yrs
Plus the script requires 2 male voiceovers.

Please note that in line with Current Victorian Government regulations it is a requirement that you are fully vaccinated if intending to audition for this play .