The Witness for the Prosecution 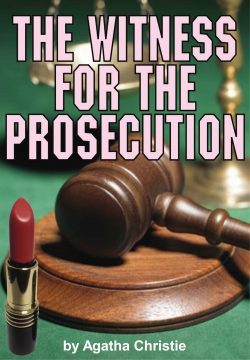 Following the success of ‘Our Town’ in 2018, Peter Newling has chosen to direct another classic at Malvern Theatre Company – and this time it’s a courtroom drama by Agatha Christie. The affable Leonard Vole is being tried for the murder of a wealthy woman – defended by Sir Wilfred Robarts. Unfortunately his alibi depends on the testimony of his callous wife, who after the discovery of a legal loophole, decides to appear in court against him. To Sir Wilfred’s surprise this is only the first in a series of puzzling revelations and reversals. Courtroom thrills to warm your winter!

Please note that Malvern is only selling tickets for one show at a time in 2021, given the continuing uncertainties with respect to COVID-19 restrictions.

Tickets for 'The Witness for the Prosecution' are planned to go on sale 25 May.